Sedimentary rocks are formed by the consolidation of sediments which settle out of water, ice or air and are accumulated on the Earth’s surface, on dry land or under water.

When composed of individual mineral or rock particles (clasts) derived from weathering and the erosion of older rocks they are known as clastic or detrital.

When they originate from chemical precipitation (e.g. cave travertine) or from the biogenic action of organisms (e.g. coal, limestone) they are nonclastic.

Sediments are consolidated into a rock mass by lithification – a process in which the material is compressed and the particles are cemented together. Sedimentary rock is typically stratified or bedded, and the beds can vary greatly in thickness.

The composition refers to the type of particles present and is determined by conditions at the source of the sediments and at the site of deposition as well as by the nature of transport. Rocks may contain fragments of any pre-existing rock or mineral. For example, a conglomerate may include fragments of quartz, limestone, chert, etc. Rocks resulting from biogenic or chemical accumulation are usually composed of calcium or magnesium carbonate, silica or evaporite salts.

In all the pictures below, the diameter of the coin is 22 mm. 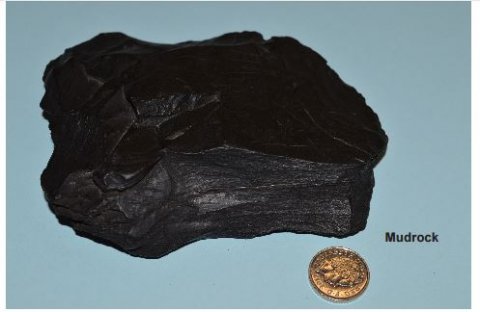 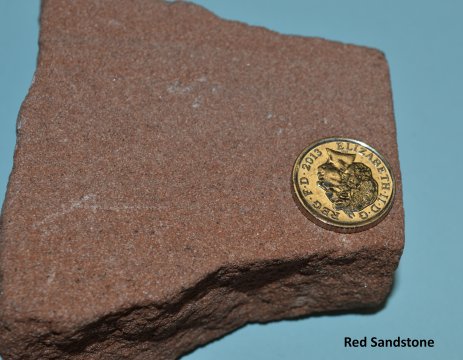 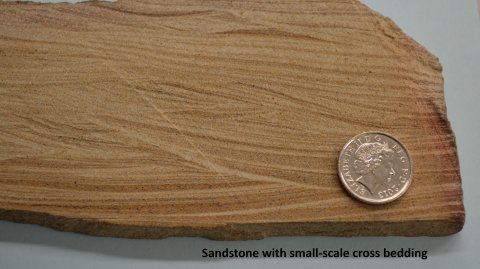 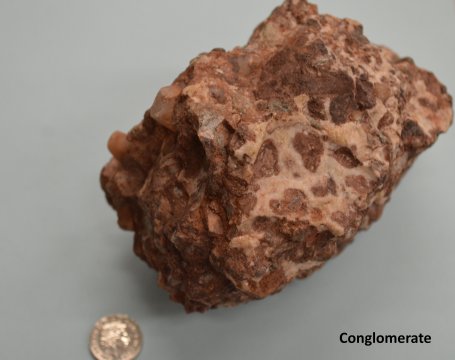 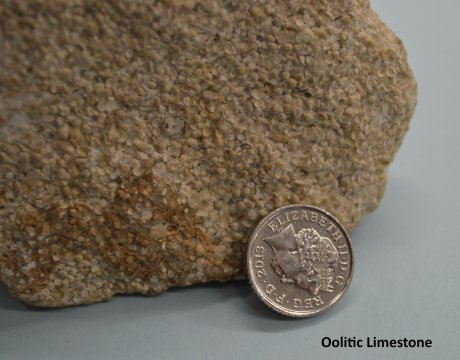 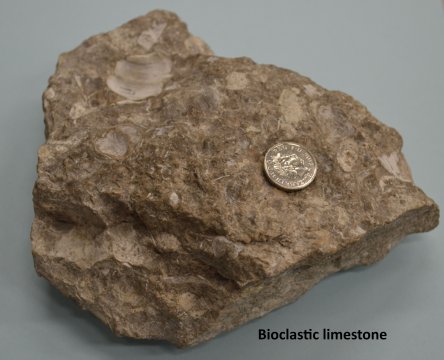